For those who remember my blog post from last fall Becoming the Dirtbag Darling: The First Days, I was finally making a my dirtbag dreams come true. And boy did I.

So much has happened over the last 6 months I am almost at a loss as where to begin. I guess I will just pick up where I left off. Demo, rebuild, and beautification on the RV went well and it looks like home to me, though it is a constant labor of love, and there is always something that needs fixing, filling, cutting, patching, building, or cleaning. I have accepted the fact that it will never be “done,” and I have so many plans to keep making it better in the future.

After the make-over my next challenge was finding somewhere that would let me park my 35 ft beast. No where in Seattle takes anything less than a 2006, and charges no less than 600. Neither of which are ideal, and definitely defeat the purpose of being a dirtbag darling. After an amazing weekend in Leavenworth, accepting a job at Steven’s Pass, and meeting some friends who opened their property to me, the decision was made. I was moving from Leavenworth to Seattle.

Little did I know that the “property” was actually an orchard and vineyard and I was going to get to wake up to sunrise over the mountains and beautiful snow covered trees every morning. Getting the actual rig over the mountains was an entirely different story. As much as I had done on it, the only driving I had still done was that almost disaster of a drive from Graham to Des Moines. But the engine was already running on this train, and I didn’t even want to stop it. So roll with it I did.

Luckily I had recruited some friends to drive my Pathfinder as a support vehicle (walkie talkies obviously as our mode of communication), and a friend in the cab of the RV who had driven them before to coach me through the experience. My friend Ash and I started the journey by venturing in to downtown Seattle to pick up my very hung over friend and RV driving coach to make the trip back with us. Once out of downtown Seattle, gassed up, and ready to roll the driving started to feel a lot more natural, and 3 hours later we rolled in to my new home on the orchard.

Committing to the dirtbag lifestyle and choosing to live in an RV was an easy choice (especially after finding out where I was living), but it has also taught me there is no room for laziness. Case in point. I finally decided to cut and glue my flooring down. It was a rainy day in Pechastin and I woke up to a single leak, which happened to be landing right on my iPad on my bed of all places. I put a bowl underneath and figured I would sort that out later because it was storming.

As the day went on I sprung 5 more leaks, 4 of which were dripping on my bed. The wind and rain kept on as I made my way to Marson & Marson to get my supplies. I returned with tarp and wet seal in hand. And in the wind and rain got my butt on top of the RV to put down was can only be described as black tar, that supposedly “sticks to wet surfaces.” The only things it seemed to want to stick to were me and the tool I was using to smear it. So I got old school used my hands and entirely way to much seal and then tied my tarp down. Boom problem solved. But the floor was still only half way done.

Feeling slightly deflated and slightly victorious at the same time, I changed out of my rain gear into work clothes and got back to glueing the floor. I managed to get a shower in to scrub the tar and laminate glue off all my limbs, and blissfully passed out at 7pm. I awoke the next day to blue skies, a newly glued floor, and no leaks. //success// I made coffee and celebrated my newly found labor skills and saluted the sunrise.

One thought on “The Dirtbag Saga Continues” 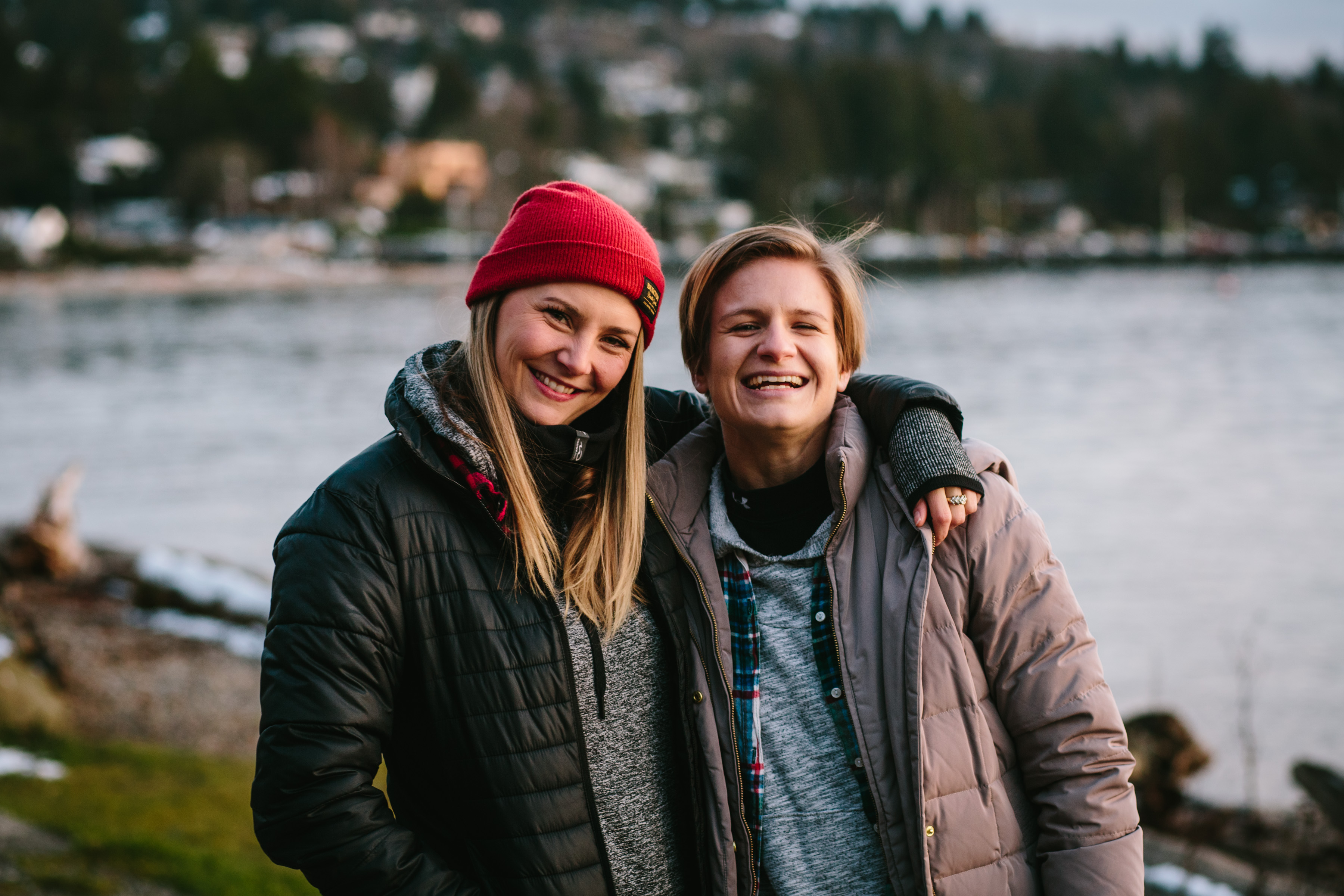